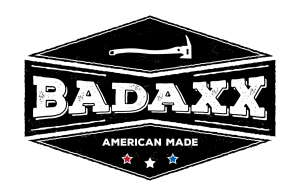 I love finding new companies to help promote. Even more than that, I LOVE finding local companies!

Right now The BADAXX is running a kickstarter. Check them out and if you are in a position to help…there are some really cool extras offered.  It's exciting how close they are to their goal.

If you can not afford to help, please push the kickstarter page or this post and get it more promotion. There's always a way to help!

For you visual folks…here's a video.

Instead of messing up any descriptions, I had Scott send me a press release 🙂

As a Spokane native and experienced firefighter (with over 2 decades with the City of Spokane Fire Department), Scott McCann took it upon himself to find a way to limit the number of stories he had to hear about First Responders being seriously injured or killed while in the line of duty.
Over 31,000 firefights were injured here in the U.S. in 2012 alone with over 80 losing their lives. Yes, the nature of the vocation is one of inherent risk but there is no reason not to continue to find ways to limit this risk while also increasing the likelihood of a successful rescue. McCann has found a way to do exactly that with his proud invention, The BADAXX, a multi-use First Responder tool. While a majority of the equipment that First Responders utilize has been updated with modern advancements in design and technology, the fire axe has remained relatively unchanged for the past 150 years.

The BADAXX incorporates the following modifications to the ‘fire axe' that will revolutionize the standard equipment used by First Responders worldwide.

Here is a quick list of some of The BADAXX features:

Beveled striking surface: The BADAXX is designed to not get pinched or wedged in the materials that it is striking. Traditional axes are flawed in how easily the blade becomes trapped in the material it is trying to split. The beveled blade quickly punches through building materials and forces the material outward so the user can immediately take another swing. (See attached video for demonstration)

Axe Pick: The pick on the BADAXX is design to be used for a large list of rescue situations but the most significant would be its ability to be easily driven into side of a structure, which allows the user to turn the BADAXX into that crucial extra foothold or step for gaining access and/or achieving rescue. (See attached video for demonstration)

Rappelling Hook: Built under the BADAXX blade is a sharp hook that can quickly driven into most building materials. Once driven, the user pulls back on the axe, creating a solid anchor point. The BADAXX becomes a secure location for its user to clip in a safety rope (at the base of the handle) and then safely rappel to the ground. First Responders are currently required to carry bulky bailout kits to prevent being stranded on a burning or collapsing rooftop. The BADAXX (Bailout Anchor Devise) allows its carrier to never be without a method of reaching safety. (See attached video for demonstration)

BADAXX Handle: Fire axes are still made from wood….. what a total oversight! The sturdy, aluminum handle of the BADAXX is designed to support the stress load it needs to withstand. Broken axe handles are a problem of the past. Built into the BADAXX handle are several areas that can; open and close fire hydrants, open and close gas lines, provide extra grip will swinging, and allow its user to clip onto the base. (See attached video for demonstration)

The creation of the BADAXX, like many great inventions, started very humbly in the recesses of a family garage where McCann built prototypes out of wood and scrap metal as he refined his vision of today's product. He would bring his prototypes out to put into the hands of fellow firefighters to get their opinions and suggestions. The hard work has paid off. Today's BADAXX is ready for large production. McCann has chosen to implement the use a Kickstarter campaign to help him generate the funds to get this incredible Spokane invention and business up and running. With a little luck, this Spokane invention will be in the hands of First Responders across the globe, helping to save the lives of those who save lives.