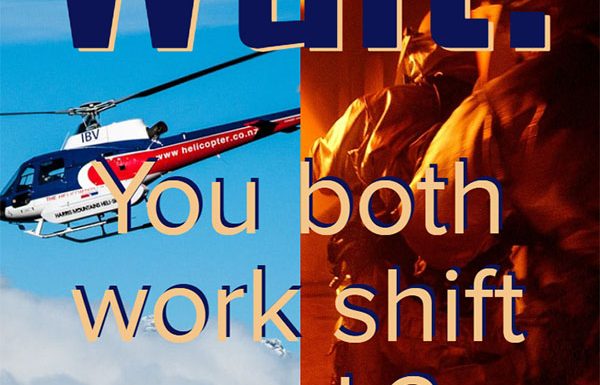 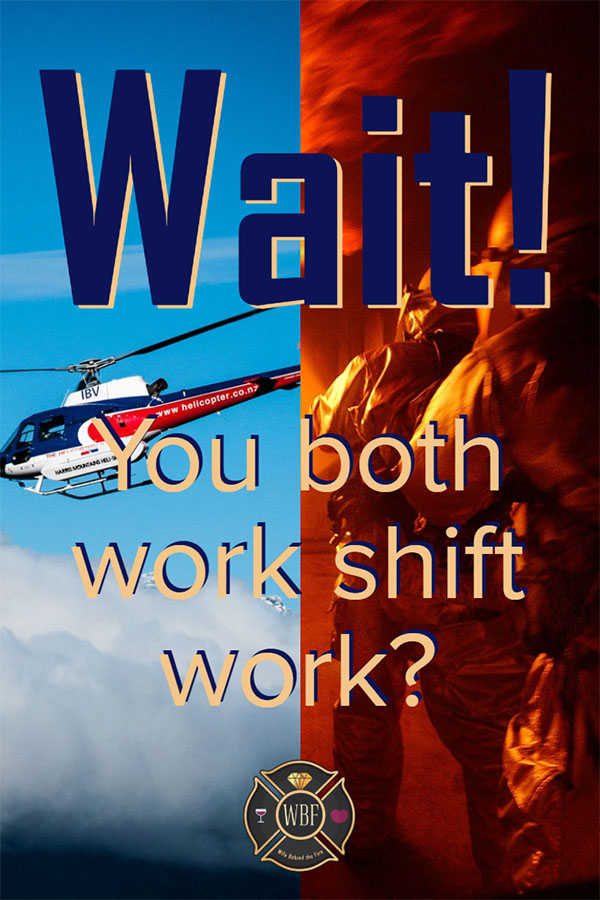 A little over 2 years ago, I got this crazy idea to apply for a different type of job than I had previously been working.  For years, I worked at the local community hospital as an ED nurse on an “as needed” basis.  As our children got a little older, I started picking up longer shifts, more frequently.  I only worked on non-shift days as a way to avoid having child care.  Well, during my mid 30's, I started struggling with job happiness.  The dynamic in the ED had changed and I wasn't fulfilled with my work anymore.  I don't have the mindset to be a stay at home Mom (Bless all of you), I am just not wired that way.

I heard a rumor that there was an opening at one of the local, well known, flight programs. I toyed with the idea of applying for a couple of days, and then, on a shift day, I did it.  Flight programs are very competitive and tough to get into.  I was sure that I wasn't going to be qualified enough, even with a million years of nursing behind me, to get into a program.  You see, I had dreamed of being a flight nurse for years.  Ever since I was in nursing school and had the opportunity to do a ride along. But as a FireWife, more importantly, a Mom, you tend to put your dreams on hold indefinitely.

I told my husband what I had done, and he was shocked.  He knew that this was my dream job, but he was still shocked.  The hiring/interview process took months to complete. I couldn't sleep, and all I could think about was this job.  Then it started, the phone interview, then the in-person interview, and then it actually happened.  The job offer.  I was so blown away that I could hardly speak on the phone when the offer came.  And, because it's FireWife law that anything exciting happens on shift day, he was of course, on shift.  I asked for some time to think about the offer. I took 48 hours to talk about it with my firefighter.

I knew what I wanted to do.

But, the 48 hours was needed to convince my FF that it could be done and our normal routine wouldn't be that messed up.  We came to an agreement that I would do the job for 1 year.  If at the end of that year it was too taxing on our marriage and family then I would walk away.  His biggest struggle with me taking the job was how dangerous it is….ironic, right?

I won't lie, it's been tough, very tough at times.  Between having two kids that are in sports, his schedule, my schedule, a dog, travel ball tournaments, elderly parents that are ailing, there is little time for us and life has been tough.  But, it's also been great too.  I think that the two of us have learned to enjoy what little time we get together even more.  We usually leave vacations yearning for more of it.  I think that my FF has had the hardest time adjusting out of all of us.  He admitted about 8 months after I started that he was used to having free reign and being able to come and go as he pleased, but now, he's had to step up his game.  Don't get me wrong, he has always been super involved, but he's right, he did have free reign.  He was able to go to any event he wanted, because I was always there.  I think I loved him even more when he told me how much he didn't realize that I do everyday.  It really does feel nice to be appreciated.

We are lucky that I am able to work my shifts around his.

Really, we are lucky for a lot of reasons.  But, we are also unlucky, because we don't have a lot of time together.  I work one 12 hour shift and one 24 hour shift per week.  However lately, because we have been down a person, I am working 48 hours most weeks.  Working his off days means that I won't get to see him for days.  A pale comparison to those of you that have wildland firefighters.  But for us, it's been tough.

This wouldn't be possible at all if it wasn't for babysitters that come to our house at ungodly hours in the morning to help with the changing of the guard.  College babysitters are amazing!  Did you know, they also double as house sitters when you are gone on one of your daughter's travel softball weekends? I guess they love to get out of their house and live as adults for awhile…who knew?  Regardless, our sitters have helped us tremendously.  Family, man, I can't say enough about them.  They are willing to help out when we need them, and lately, we need them a lot.

I ask my kids often if they wished that I would find another job.  They never say yes, ever.  My FF will never say yes, even though deep down I feel as though he wishes that I would.  I've told him that our marriage means more to me than a job, and it does.  So for now, I will keep doing what I do.

My point with this post?  You are never too old to follow your dreams and nothing is impossible.  While it may be down right miserable at times, as long as the good outweighs those miserable times, it's worth it.  I was so lost that I was changing into someone that I didn't want to be.  I was continuously searching to find something that made me happy.  Changing jobs was scary and hard.  I wasn't depressed, I was lost, and this change helped me to find myself again.

Lover of lifting heavy things and putting them back down, Mom of 2, black lab mom, die hard Cubs fan, flight nurse, daughter, sister, believes there is still good in the world. Fire wife for 17 years.