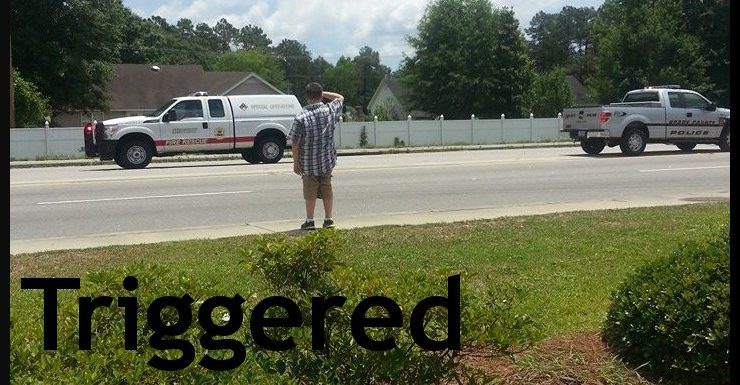 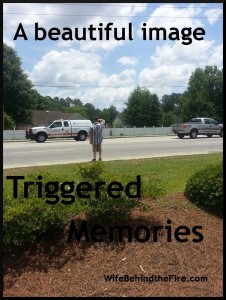 A couple of weeks ago one of our members posted a picture. An amazing picture of her young son standing out by the road, saluting the procession for Firefighter Jordan Dingess.

I couldn't stop tearing up and crying.

Texting with Beth, wasn't helping. So many emotions were flashing through me all at once and I knew I had to write.

The morning of July 27, 2008 is forever ingrained in my head. Our lives didn't turn upside down or do a 360, they went into a full tornado. A tornado that didn't end with the funeral for our Chief, but went on for well over a year.

Hubby had been a firefighter for 8 years at that point, he'd only been hired on for 17 months. It seemed like we'd been working all our lives to get him to this dream job. And here we were, thrown into a LODD. Not only an LODD, but a really major one that forever changed our dept and community.

Looking back years later, tragedies are always full of ups and downs.

I found out people I thought were friends, were not.  People I barely knew, became family.

I found out that my marriage is even stronger than I thought.  I hope it's never tested again.

I learned that I need to like myself in order for anything to get better.

I was alone in the procession to the memorial. While there were people on the bus I was in, they were dignitaries and community members. I had to tune them out because of some of the asinine things they were saying.  How I ended up riding alone in the hours and miles of procession is the first sign that some in my life weren't friends.

Driving down the roads and highways alone in the procession with tears streaming down my face, I will never forget being thankful to all of those people that were along the roads. They were holding flags. Some were saluting. All along the major highway we traveled the cars were pulled over and everyone was out of them. Each overpass we went under was lined with people and firefighters paying tribute to our Chief even though they didn't know him.

I will be truthful and tell you that I didn't know him either. I had only met him briefly once or twice. I didn't mourn our Chief per se.

I mourned the husband that didn't come back from deployment.

I mourned for the wife whose husband wasn't going to walk in the door.

I mourned the father that wasn't going to be there for his kids weddings and special events.

I mourned the grandpa that the new grandson would never know and the child waiting to be born would never even see.

This is what tested our marriage. My firefighter watching and helping the family, couldn't stand the thought of his family possibly going through the same pain.

I can't stand the thought of him doing any other job. I hate to even think of the possibility and I don't dwell on it. There's no reason to. If I am going to lose him at our young(ish) age, I want us to be happy the years we've been together. The job is part of that.

There were many people that were brought into my life at that point. Some specifically to bring me through things and some to keep. One friend in particular was widowed at a young age. Talking with her brought me out of many dark days. I needed to be thankful for each day we are given. Worrying about the what if's will keep you from living a good life. A life you never know how long you have to enjoy together.

In fact, I know without a doubt that she was put in my life for me to kick myself in the head and scream “suck it up buttercup”. Because while I was going through horrible emotions, life was passing by.

Looking at that picture brought me right back to sitting alone in the procession. To a time when my body physically hurt from the weight of emotions and helping others through it. To a time when I wasn't able to deal with my emotions yet because I had to take care of my firefighter.

It took me back to a moment time, when I realized, so many strangers do care.